WHY SLAVERY? Screening at the European Parliament 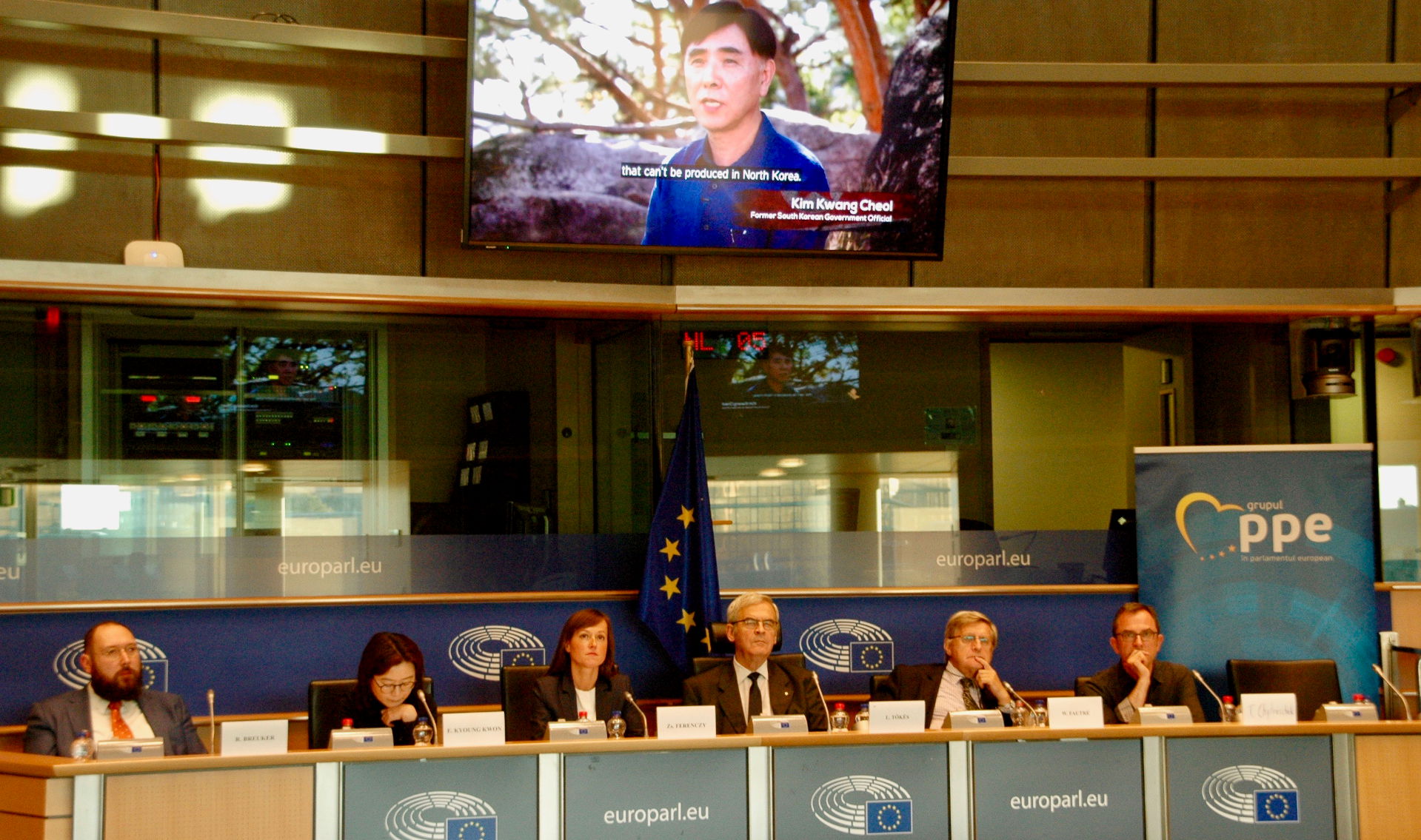 Yesterday, MEP Laszlo Tökes from Hungary organised the screening of the WHY SLAVERY? documentary  “North Korea’s Secret Slaves: Dollar Heroes” at the European Parliament in Brussels. This is one of six WHY SLAVERY? documentaries launching in October 2018, and deals with the systematic forced labour of North Korean citizens abroad - used to finance Kim Jong-un’s regime. The exploitation of North Korean workers around the world - and particularly in Poland - was discussed during the event, which was attended by Members of the European Parliament, representatives from human rights organisation, academics and experts on North Korea. After watching the film, the panel issued a call to stop the exploitation of North Korean workers in Poland, which contravenes EU and UN sanctions banning the hiring of workforce from North Korea. Experts criticise that with the complicity of private companies and Polish state agencies, North Korean workers continue to work in Poland and are often left only with an income of less than USD 150 per month.

We are pleased that this important film has been screened at the European Parliament, and we hope that immediate and substantial action to stop this harmful practice will come as a result. The European Union has the power and the responsibility to influence what happens in their member states, meaning that it is their duty to protect the North Korean workers trapped in Poland.